WSU
The Roalson Lab
Systematists and molecular phylogeneticists study the patterns and processes of organismal diversity, from the gene to the organism to the clade level, and ask questions focused on how the diversity we see has originated, and how different processes have led to these diversification patterns.  Integration of studies across these different hierarchical levels is important to understand not only how lineages have diversified, and how they might be classified, but also what processes might have been important.  My research has focused on two general questions: (1) what are the patterns of angiosperm diversity, from species boundaries to clade classifications to historical biogeography; and (2) what are the evolutionary dynamics of morphological and physiological traits (and their underlying genes) important to diversification, particularly floral structural changes and photosynthetic pathway modification.  Current projects focus on the Cyperaceae, Gesneriaceae, Cleomaceae, and Chenopodiaceae, with studies exploring a variety of phylogenetic, cytogenetic, morphological, and physiological questions. 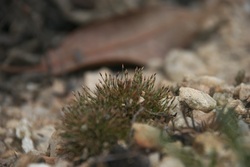 There are a number of significant systematic and phylogenetic problems in the Cyperaceae that my lab is focusing on, particularly phylogenetic relationships in Carex, a clade of 2,000+ species; the Abildgaardieae tribe (500+ species); and the Eleocharis clade (250+ species).  The NSF-funded Carex project (http://systematics.mortonarb.org/cariceae/) is in collaboration with Andrew Hipp, Marcia Waterway, and numerous other senior collaborators, and aims to revise the sectional classification of Carex to reflect clades (which it currently does not).  As part of this project we will sample at least 1,500 of the 2,000+ species in the clade and assess morphological characters that might be useful in defining classification units.  The Abildgaardieae is a tribe of two large genera (Bulbostylis and Fimbristylis) and six small genera.  Phylogenetic studies to date have suggested that all multispecies genera are para- or polyphyletic.  The group also has several cases of adaptation to fire disclimax communities and a complex biogeographic history with multiple movements among Africa, Australasia, and South America.  This project is a collaboration with Ana Paula Prata (Universidade Federal de Sergipe, Sergipe, Brazil), A. M. Muasya (University of Capetown, South Africa), and Jeremy J. Bruhl (University of New England, Armidale, Australia), and explores which monophyletic genera might be best recognized, and the biogeographic and ecological diversification patterns in the group.  Past work on Eleocharis in my lab (Hinchliff  and Roalson 2009; Hinchliff et al. 2010a, 2010b; Roalson et al. 2010) has primarily focused on defining major lineages in the clade. However, resolution of many of the species-level relationships and species boundaries remain unclear, and this is one of our current foci.

Cleomaceae generic concepts have had a troubled history, with few genera as traditionally or currently recognized being monophyletic.  Current studies are starting to better understand clade relationships, with the expectation of more clear generic concepts in the near future (Feodorova et al. 2010; Riser et al. 2013; Patchell et al. 2014). A major effort is underway to exhaustively sample all species in each clade of the family and to revise generic concepts to reflect monophyletic groups that are morphologically diagnosable.

The Chenopodiaceae clades Suaedoideae and Salsoloideae have been of interest to better understand origins of C4 photosynthesis (see next section), and also to clarify issues of generic classification and general patterns of diversification (Kapralov et al. 2006; Akhani et al. 2007). 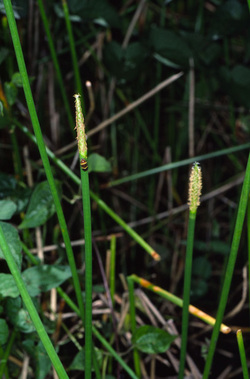 My lab is currently focused on the importance of the origins of photosynthetic pathway changes and the importance of floral developmental evolution to lineage diversification.  These are two major adaptive pathways that have a long history of study in angiosperms.  Morphological, physiological, and genetic origins of C4 photosynthesis have been under study for 80+ years (whether the original authors knew they were describing C4 photosynthesis or not; e.g., Kranz anatomy).  The last decade has seen an increased understanding of the genetic adaptive aspects of C4 evolution, to which my lab has made some significant contributions for the Cheniopodiaceae (Kapralov et al. 2006; Akhani et al. 2007; Voznesenskaya et al. 2008; Voznesenskaya et al. 2013), Cleomaceae (Feodorova et al. 2010; Koteyeva et al. 2011), and Cyperaceae (Murphy et al. 2007; Christin et al. 2008; Besnard et al. 2009; Roalson et al. 2010; Roalson 2011).  Current projects are delving more deeply into the genetic components of C4 evolution in the Suaedoideae and Salsoloideae clades of Chenopodiaceae (Rosnow et al. 2014, in prep.). Current results suggest that some of the genetic characteristics of the PEPC gene in other C4 lineages might not be necessary for suaedoid C4 function.  In the Salsoloideae, it is possible that some of the C3 species might be reversions from the C4 condition, which would be the first discovery of a C4 to C3 reversion in the angiosperms.  As with the Suaedoideae, we are exploring this through anatomical, physiological, and genetic characteristics of these clades (Rosnow et al. unpublished data; Voznesenskaya et al. unpublished data).

Floral evolution has been a theme of angiosperm diversification research from the time of Darwin.  The Gesneriaceae, along with several other angiosperm families, are important clades for understanding patterns of floral evolution (Roalson et al. 2002; Zimmer et al. 2002; Roalson et al. 2003; Roalson et al. 2005a, 2005b; Roalson et al. 2008; Clark et al. 2011).  My lab is exploring floral evolutionary genetics in Achimenes through the analysis of comparative gene expression data among developmental stages within species and between closely related species with different floral morphologies.  From this, we are applying forward genetic approaches using transformed Achimenes to test a variety of candidate genes developed from the comparative gene expression data for specific function (Roberts et al. unpublished data). The ability to transform multiple species for different candidate genes should allow us to better characterize the contributions of these genes to the different morphological characteristics we see.